How to play guide for Covens

What is the objective of Covens?[edit | edit source]

Explore the world. Gather items to empower your magics. Banish spirits and practice your spells on other witches. All of these things will prepare you to battle in the world’s many Places of Power and rise among the ranks of a new generation of witches.

How do I become strong?[edit | edit source]

Witches can become more powerful by gaining higher level, more points of power and resilience, increasing their base energy and unlocking more spells.

The in-game store has 3 Elixirs of Experience.

Spells allow witches to deal damage, restore energy, or manipulate other characters as well as apply effects that will affect the target in a variety of ways. Spells are divided into 3 schools of magic: White, Shadow, and Gray.

Not all spells are available to witches when they start the game. As they level up, they will unlock new spells.

Some spells are only available to witches that master one of the alignment paths.

List of spells that witches can obtain in Covens:

What happens when I'm out of energy?[edit | edit source] 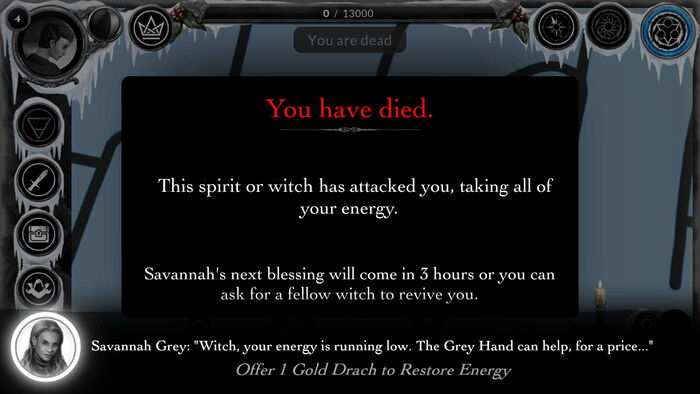 How do I exit the Death State?[edit | edit source]

To exit the Death State you have several options at your disposal:

To share your location in any of the chats, tap on the map pin    next to the send ➤ button. To properly get the revive, healing, or help that you need, it's best to send a message in the chat with what is needed before you send your location.

To go to another player's location in any of the chats, tap on the map pin    next to the "go to location" in the chat.

Can I play alone, or do I need to be in a Coven?[edit | edit source]

Being in a coven provides a witch with a private chat with the coven members, a power & resilience buff when other witches from your coven are online & nearby, and allies you can call upon when facing the challenges too difficult to face on your own. However, a witch can play Covens without joining the coven and will not be blocked from any content inside the game.

How do I change my alignment (shadow, white and grey)?[edit | edit source]

When witch first starts the game they are aligned with Grey School of magic, from that point onward every spell that witch cast from White and Shadow school will affect their alignment and attune them to those schools, casting spells from Grey school will not affect players alignment.

The in-game store has an Elixir of Alignment.

What is a covens tournament?[edit | edit source]

In Covens, each season (spring, summer, autumn, and winter) is a tournament. Each tournament is judged by the arbiters of the Grey Hand coven in the name of Dea Savannah Grey. The witch and coven with the most points at the end of each tournament wins, but many awards are given for high placement within the ranks. The criteria for gaining points may change from tournament to tournament, as well as the titles given to exemplary witches. The final two weeks of every tournament is called the Ember Days. During the Ember Days, the rules may change significantly. The nature of these changes will be shared before the start of the Ember Days. The next set of Ember Days will begin on March 6, 2020.

What is the Leaderboard?[edit | edit source]

In the Leaderboard, we list the strongest witches and covens of the world according to the judgement of the Grey Hand coven. We consider many factors, including your experience, your success in Place of Power battles, your mastery of spirits, your knowledge of the three schools of magic, and your use of spell ingredients. Top witches and covens will be awarded prizes at the end of each seasonal tournament, and your score will reset. 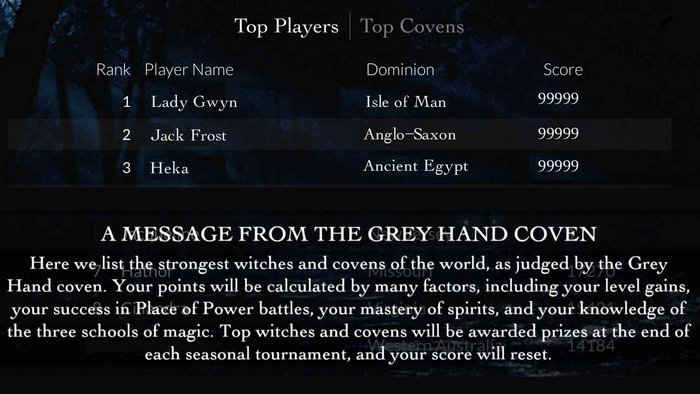 How do I get Silver and Gold Drachs?[edit | edit source]

Silver and Gold Drachs are the currency used by witches in Covens to pay for various services and trade with Madame Fortuna. Both of these currencies can be purchased from the in-game store, but they can also be acquired by playing the game.

Drachs are an ancient Greek currency unit issued by many Greek city states during a period of ten centuries.

In-game store prices for Silver and Gold Drach are as listed below: 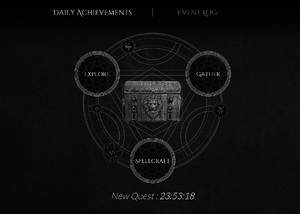 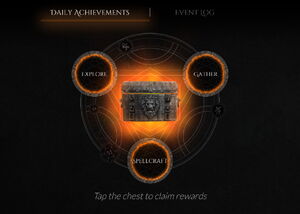 How do ingredients work?[edit | edit source]

Ingredients are collectible items that can help or harm your spells; this is due to their properties. Some items have a clear indication of what branch of witchcraft they're best suited for by their descriptions, while others can be more cryptic.

Each spell in Covens has a signature of a gem, a tool, and an ingredient.

Should you ever get yourself in need of some ingredients and can't seem to find any to collect, there are 3 different packs of ingredients that can be purchased from the store using in-game currency.

Why can't I cast spells or summon spirits?[edit | edit source]

There are many reasons you may not be able to cast spells or summon spirits, such as:

The Rules in Covens[edit | edit source]

To help make sure that players are well-informed, here are the in game rules for Covens. Everyone deserves a fun & safe environment to play this beautiful game.

How to Cast Spells with Ingredients[edit | edit source]

1. After you tap on your target, tap on the spell book. 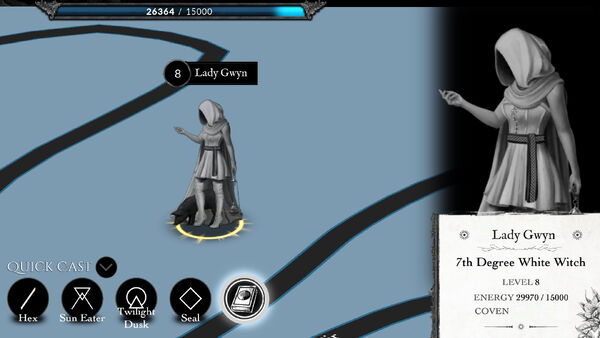 2. Tap on the spell's description then tap on the chest. 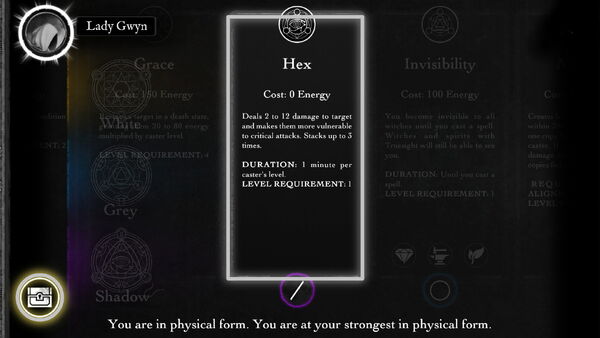 3. Tap on the ingredient(s) that you want to add, then tap on the spell symbol. 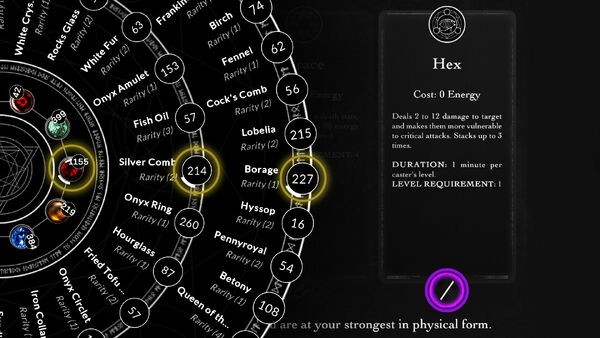 How to set up Quick Cast[edit | edit source] 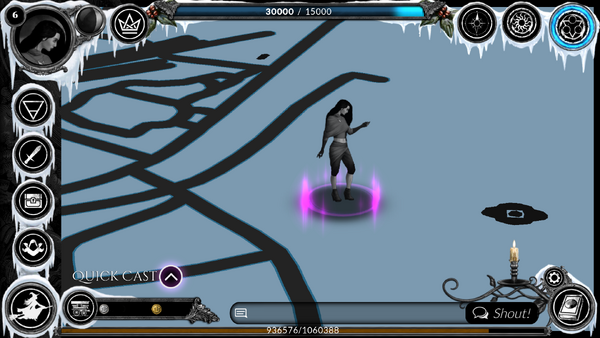 2. Tap and hold the hot bar slot you want to change.

In the example below, we're changing the last slot. 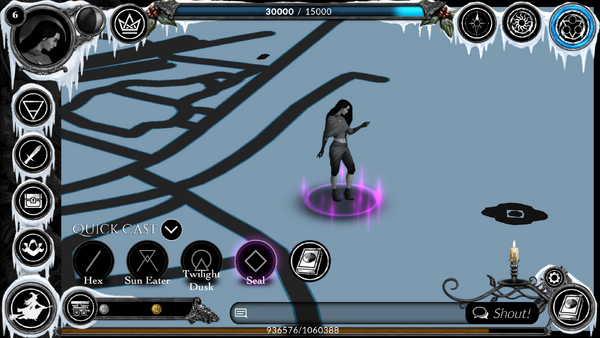 3. Tap on any of the available spells you wish to cast easier and faster. 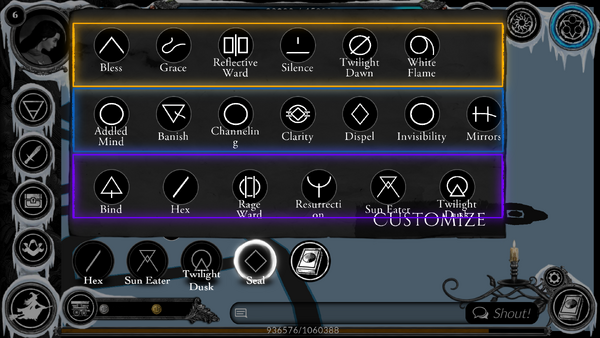 First and foremost, if you have any questions about anything, check out the Witch School videos for more information. You can locate the Witch School but tapping on Settings    on the lower right side of the screen.

Asking questions in the World chat is always welcome and there are plenty of other witches that may be able to answer.

When you first get started playing the game, you should really spend time exploring the immediate area and see what's around.

Wild spirits are located around the world in their native environment, so you should probably see the List of Spirits for more information on each one!

In the beginning, we recommend that players focus on fighting and discovering Lesser spirits so that they do not die as often in the game.

To send your location in any of the chats, tap on the map pin     next to the send ➤ button.

To go to another player's location in any of the chats, tap on the map pin     next to the "go to location" in the chat.