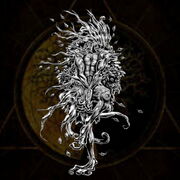 "I come of an old and noble race. Arbiters of the wood, I am made strong from the sinews of the forest. To serve as your protectress you have much to prove."

One of two species of guardian tree spirit. Dryads are specifically the nymphs of oak trees (Greek word 'dry' signifies "oak"), but the term has been used for all tree nymphs in general. The others are the Hammadryads, who are permanently attached to their trees, and sometimes die when their trees are cut down.

Dryads, on the other hand, are able to leave their trees and wander or dance in the groves of the forest. They are often described as companions to the moon goddess Artemis.

They live supernaturally long lives, tied to their homes, and are considered to be very shy creatures.