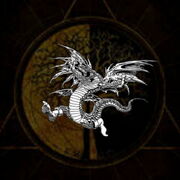 "I am the little poison head. My deeds are more mischief than malice. Upon my word, I promise good behavior."

They are widely considered as a fairy creature, as curious as they were ill-natured, they were described as looking like a small snake with human arms and legs. It's best to avoid these creatures as they walk upright through the forests in England..