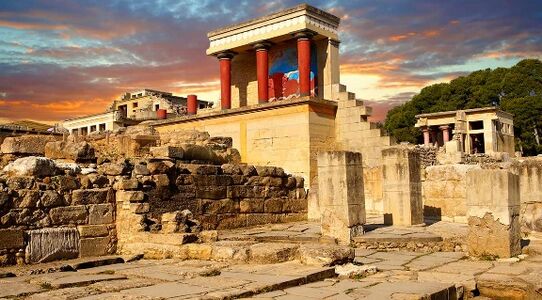 As the legend goes, King Minos locked away the fearsome beast known as the Minotaur in an elaborate labyrinth. Aided by the king's daughter Ariadne who gave him a spool of thread to retrace his steps, Theseus killed the monster and escaped the labyrinth. Millenia later, scientists discovered an elaborate system of underground caverns twenty miles from the Knossos palace at Gortyn. The system is so complex, they used the same method of following twine to escape. The tunnels have been used for many things, including a Nazi ammunition dump, but did they first house a monster?